Walter is the lifesaving vehicle that started it all. Some say he rose out of the Arizona desert like a mythical creature from a bygone era. Others say he rolled off an assembly line in Voorheesville, New York, in 1963. Actually, they’re both right.

Walter was originally an airport crash truck manufactured by the now-defunct Walter Motor Truck Company. Commissioned for duty at Luke Air Force Base, Walter’s mission was to stand ready in case of airstrip mishap, dousing fires with his powerful water cannon and flame-retardant foam. He performed many years of faithful service before moving on to the fire department of New River, Arizona, where he spent the rest of his working days as a community firefighter. It wouldn’t be until much later when he would find new life and gain fame as a hero of a much different sort: his current incarnation as an oversized two-to-one scale replica of a classic VW bus. 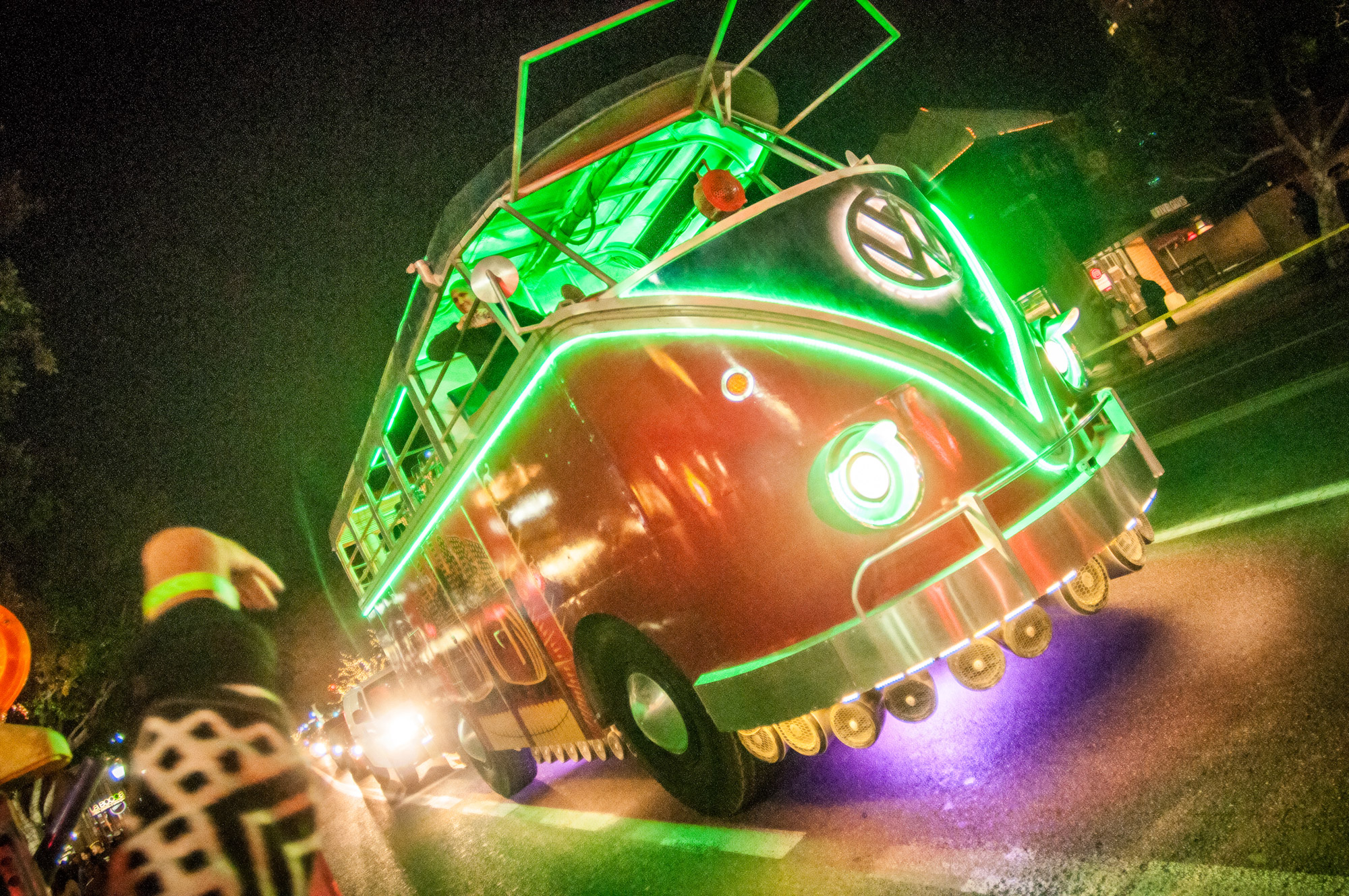 Discovery at the Gold King Mine. 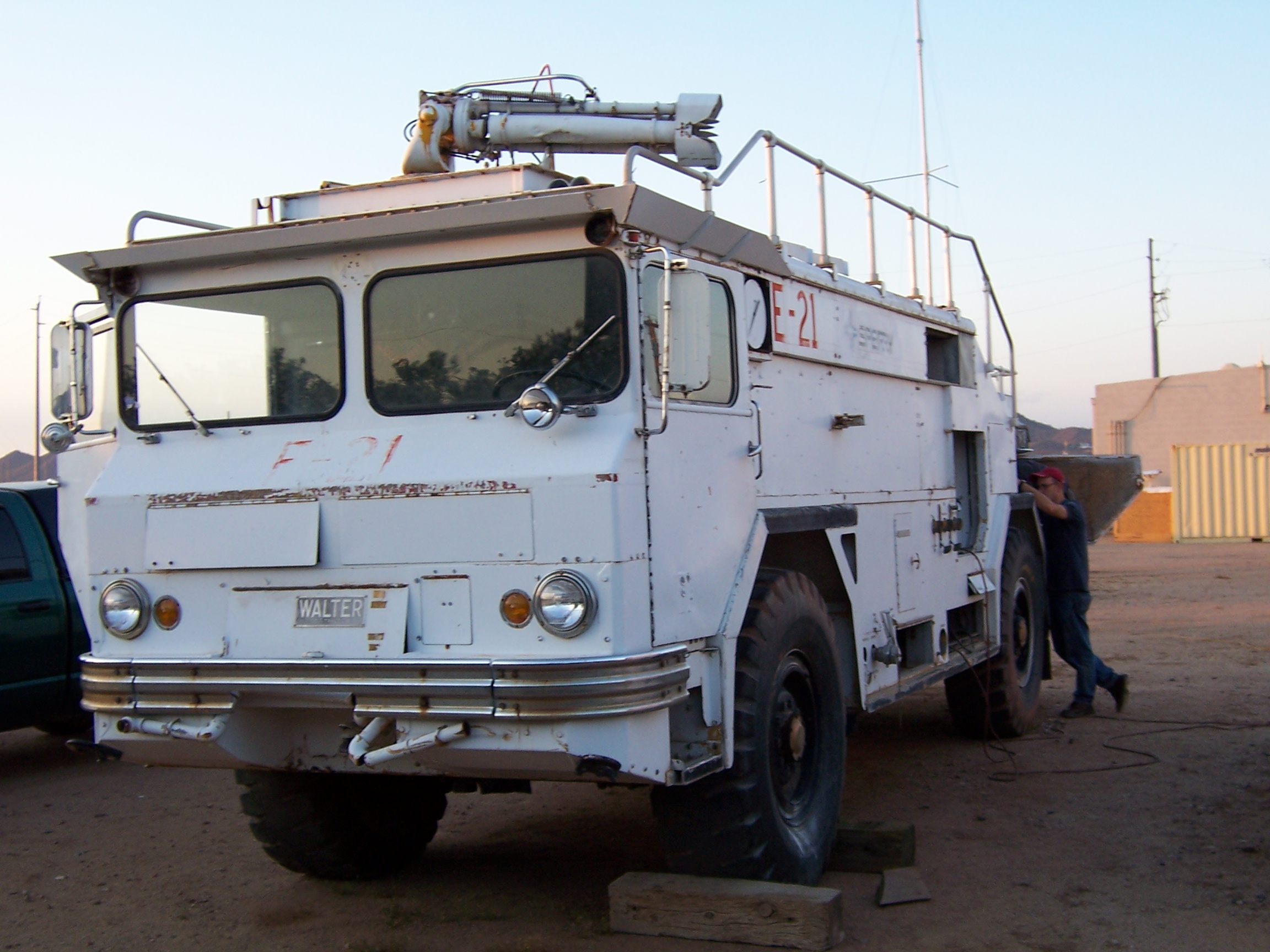 Walter retired from the New River Fire Department to Jerome, Arizona, where, as chance would have it, he found himself parked at the Gold King Mine, site of the annual Jerome Jamboree. This offbeat gathering of hundreds of vintage VW buses and their enthusiasts attracted the interest of one Kirk Strawn, the eventual founder of Walter Productions, who met Walter on his very first visit to the Jamboree. The rest, you might say, is history.

Though by the time of their meeting Walter was old, faded, and out of commission, he nonetheless impressed Kirk with his charm, his rarity, and most of all, his size. The boxy frame, large wheelbase and huge tires gave Kirk an idea. He arranged to take custody of Walter and transport him to Phoenix, where he would rise like the city’s namesake, thanks to the artistic vision and mechanical skill of Kirk and his band of merry women and men. Together, they created the world’s largest VW bus, and did what anyone in their situation would do: took Walter on a road trip to Burning Man. 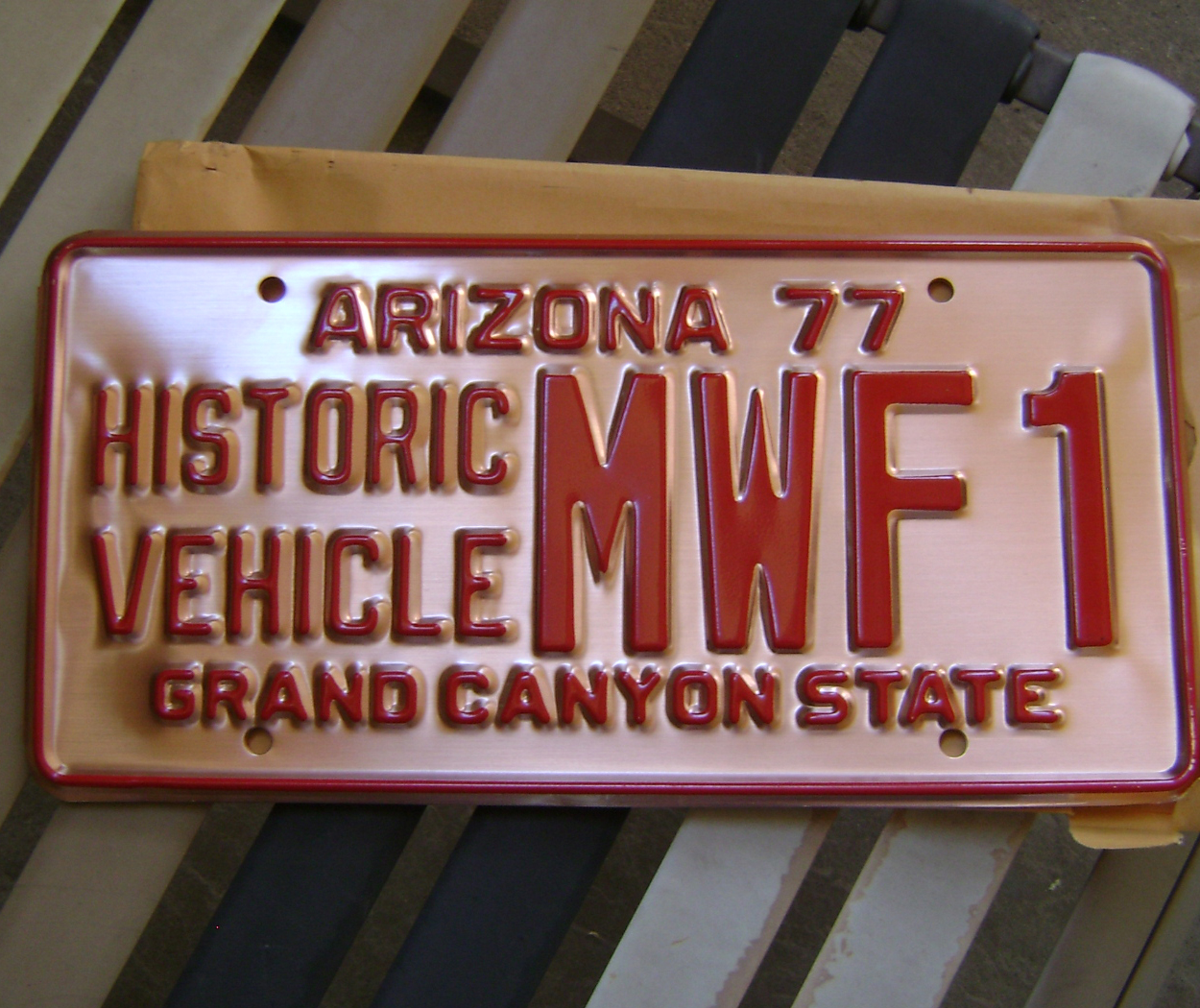 From Burning Man to your back yard. 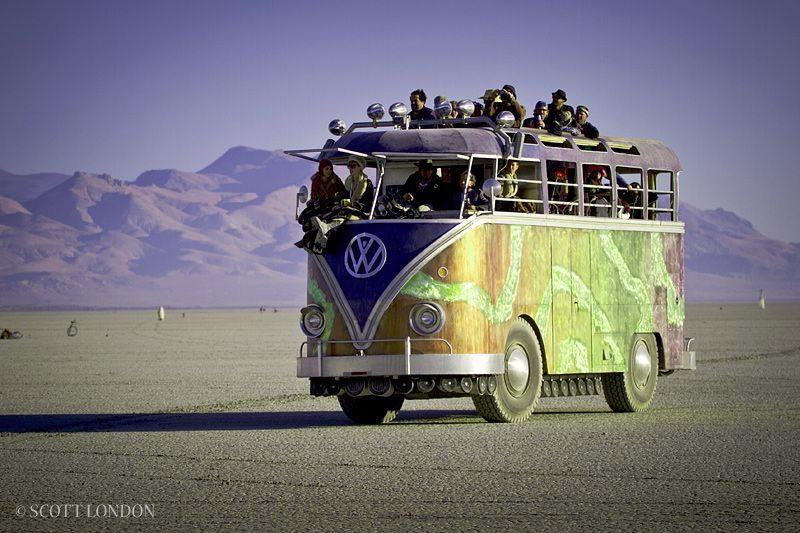 Walter was a major hit in his first appearance at the famous gathering in the Nevada desert. He enchanted everyone who crossed his path. They wanted to climb aboard his rig, get behind his wheel, groove to his music, and dance to his beat. He became a reminder to live large, dream big, take chances, and above all, enjoy the ride. He also inspired the company and the movement we call Walter Productions, an entire fleet of entertainment-themed vehicles and venues, professionally managed on a gigantic scale, and dedicated to the wonder and delight of adventurers everywhere.

The Meaning of Walter

As immense as Walter is, he represents something even bigger. The power of imagination, the joy of discovery, and the spirit of service in which we undertake every project here at Walter Productions. Walter’s story has a message for us all: there are second chances in life, your past doesn’t determine your future, you are capable of more than you might think, and we can all do so much more together than we ever could on our own. 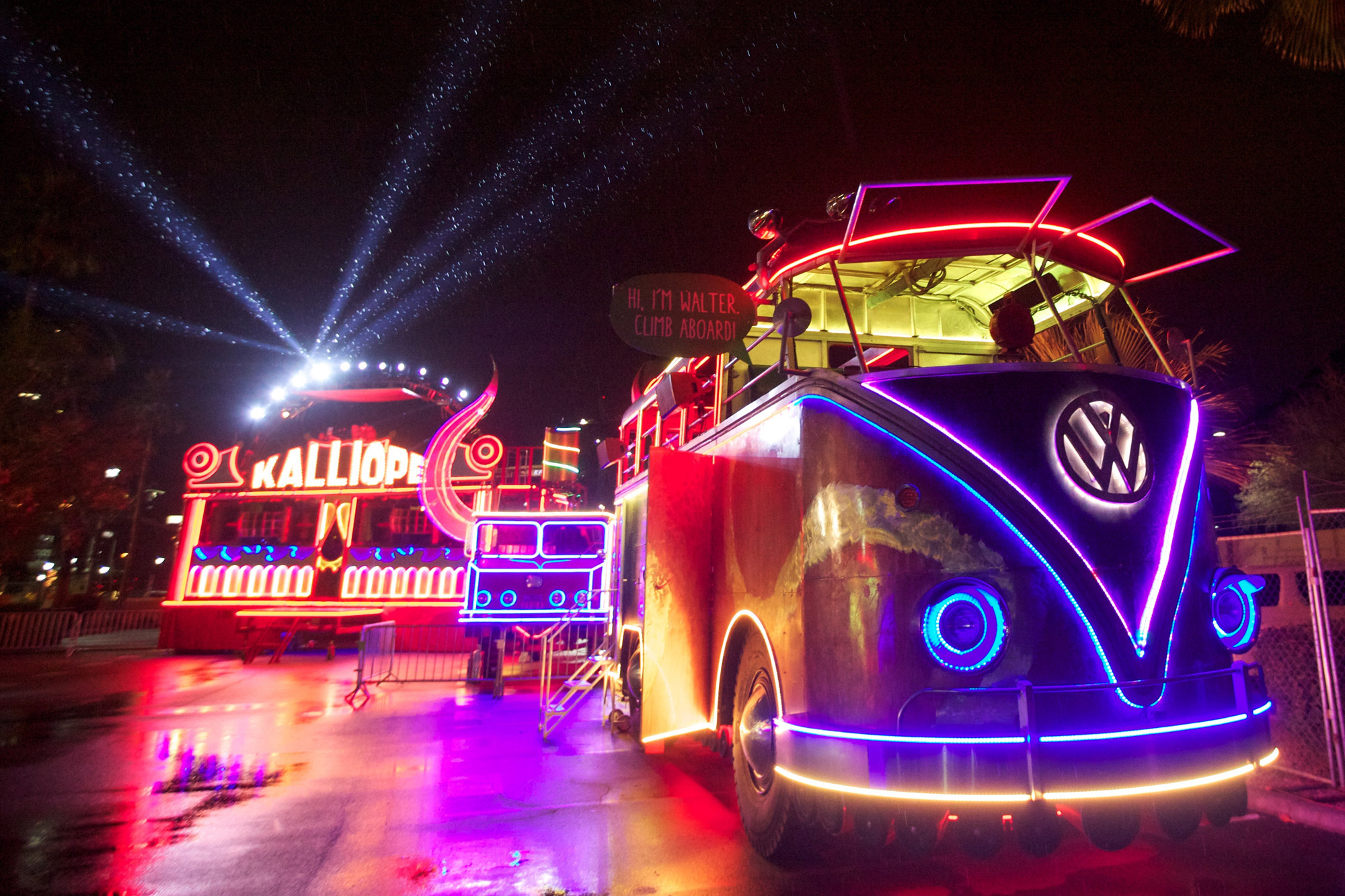